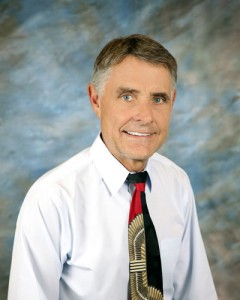 Dr. Clark received his Bachelor of Arts degree from the University of California at Berkley in 1969 and his Doctor of Optometry degree in 1973.  Since 1973, Dr. Clark has provided the Gold Standard of personalized eye care services to the patients of Mt. Airy Vision Center.  During his prominent career, Dr. Clark has been the recipient of the John D. Costabile Distinguished Service Award in recognition of outstanding dedication and untiring efforts for the advancement of the profession of Optometry, the John D. Robinson, Jr. Clinical Excellence Award for outstanding dedication and contribution to clinical advancement in Optometry, and awarded a certificate of appreciation for membership in the American Optometric Association.  In 1974, Dr. Clark became a Fellow of the American Academy of Optometry.

His special interests include primary eye care of all ages, diabetic eye disease, glaucoma management and treatment of dry eyes.  Dr. Clark is a member of the Mt. Airy Lion’s Club where he continues to support the club’s outreach program.   He currently serves as President of the North Carolina Board of Optometry.   He enjoys running, bicycling and traveling.

You can schedule your next eye exam with us online!